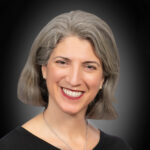 Prior to joining Berkshire Hathaway Energy, Christina was an attorney with the Federal Energy Regulatory Commission, serving in the office of general counsel, the western division of the office of energy market regulation, and as an advisor to Chairman Wellinghoff. While at FERC, Christina worked on a variety of issues, from transmission development to mergers and market power issues to credit reforms in organized markets. A native Oregonian, Christina has also served as an administrative law judge at the Public Utility Commission of Oregon, presiding over mergers, rate cases, and rulemakings, advising state commissioners, and drafting final decisions.