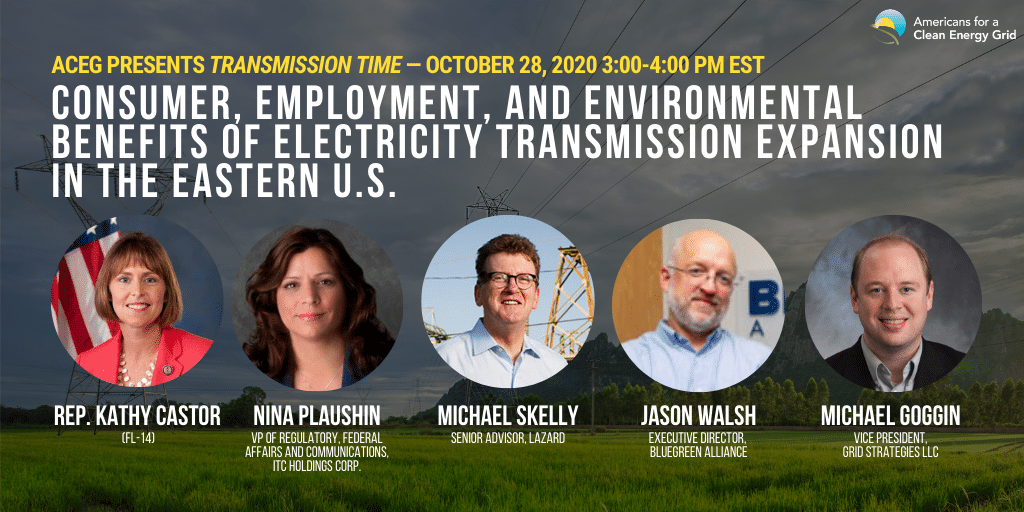 Washington D.C. — On October 28, 2020 at 3:00pm EST, Americans for a Clean Energy Grid (ACEG) introduced their latest study, “Consumer, Employment, and Environmental Benefits of Electricity Transmission Expansion in the Eastern U.S.” The study finds that expanding and modernizing our power grid and expanding transmission in the Eastern U.S. will unleash up to $7.8 trillion in investment in rural America, create over 6 million net new domestic jobs, and save consumers over $100 billion, while also providing all Americans with cleaner air. Read the full report here.

Speakers:
Nina Plaushin, Vice President of Regulatory, Federal Affairs and Communications of ITC Holdings Corp and President of ACEG’s Board of Directors

Listen to a full recording of the event on Sound Cloud here.

Watch a full recording of the event here.