WASHINGTON, D.C. (December 17, 2019)—Two decades ago, this week, at the turn of the millennium, the Federal Energy Regulatory Commission enacted Order No. 2000, which encouraged the formation of Regional Transmission Organizations, under the leadership of then Chairman James Hoecker.

Now at the turn of the next decade, Americans for a Clean Energy Grid is reflecting on and celebrating the tremendous benefits to America’s power grid as a result of Order No. 2000. Former Chair Hoecker, an ACEG Director, said it best in a just-published Op-Ed in Utility Dive: “Order No. 2000, or ‘O2K,’ has long since exceeded our modest expectations in producing economic, reliability, and (I maintain) environmental benefits for electricity consumers.”

In celebration of the 20th anniversary of “O2K,” several other former Chairs of FERC shared their perspectives on its tremendous impact:

“Beginning almost 25 years ago when I was its Chair, FERC issued Order No. 888 on April 24, 1996, to promote competition in wholesale electricity markets. Commissions since then have remained committed to wholesale competition and have adopted changes necessary to improve and enhance those markets.  I am proud to have been ‘present at the creation’ and salute the Commission’s ongoing commitment to promote competitive, reliable markets to serve our Nation.” – Elizabeth Anne Moler, FERC Chairman 1993-1997

“Cost of service regulation ensured that transmission became the ‘stepchild’ of generation. Utilities made more profit from costlier plants than from transmission. As a result, thinkers saw the potential for owners to stifle competition, by shutting out competing suppliers from access to the grid. Order No. 888 took a small remedial step. It required public utilities to file open access tariffs and to ‘buy’ transmission under it, even for their own retail customers. Open access required a lot of regulation and engendered disputes over allegations of abuses by integrated utilities, real and imagined. FERC saw the need to go further. These efforts culminated in Order No. 2000, which established a more ambitious goal for a regulatory agency and I am proud to have been commissioner when ordered and chairman during implementation, but it is the FERC  staff, that should be commended for their extraordinary and tireless efforts. FERC defined a new utility, the RTO, an entity that represented ‘a viable, stand-alone transmission business.’ FERC declared that the RTO could operate as a for-profit company or a not-for-profit institution, or a combination. Order No. 2000 gave the RTO a business plan, four characteristics, and eight functions to move forward, and today, we continue that important endeavor.” – Curt Hébert Jr., FERC Chairman 2001

“As a member of the bipartisan FERC team that implemented Order No. 2000, I am proud that we expanded the reach of organized markets to 2/3rds of the nation’s economy. These open markets have stimulated investment in a highly reliable 21st Century power network, enabled the explosive growth of the renewable power industry, and saved customers billions of dollars. It is my fervent prayer that the Commission finish the job, so all Americans can reap the benefits of a modern, transparent, robust market for our most essential commodity: electric power.” – Patrick H. Wood III, FERC Chairman 2001-2005

“In order to establish effective wholesale competition in electricity markets, it was necessary to not only assure open access to the interstate power grid but also develop a grid robust enough to support competitive markets and accommodate the dramatic changes in U.S. electricity supply that has occurred in recent years, namely the rise of renewable energy and natural gas generation. Order No. 888 took the first step, assuring open access. Order No. 2000 took the next major step, recognizing the need for regional governance over large, regional machines with highly fractured ownership. Subsequent reforms with Order No. 890 and 1000 took the next steps, reinforcing open access, encouraging regional transmission planning and cutting the Gordian Knot of cost allocation. There is a need to make more progress, but we have come a long way through a series of steady, bipartisan reforms and there is more road behind us than ahead of us.” – Joseph T. Kelliher, FERC Chairman 2005-2009

“The groundbreaking Order 2000, issued by FERC 20 years ago, has been demonstrated to be one of the most beneficial economic and environmental actions for consumers ever taken by a federal agency. Tens if not hundreds of billions of dollars have been saved by energy consumers in the U.S. over the last 20 years as a direct result of the competitive energy markets and independent grid system operations enabled by Order 2000. Millions of tons of carbon have been avoided because of those competitive markets established by the Order. That Order 2000 legacy should be expanded and used to lead us into an essential low carbon, low cost energy future with an independently operated grid system and increased competition across our nation.” – Jon Wellinghoff, FERC Chairman 2009-2013

“In the 20 years since FERC Order No. 2000, regional transmission planning and operation have helped electricity consumers by improving reliability, reducing congestion costs, and enabling new supply sources, including location-constrained renewables. FERC Orders No. 2000, 890 and 1000 helped make this happen. However, while regional planning and cost allocation have worked well, other elements of FERC Order No. 1000 have had mixed success and are still a work in progress. In particular, the introduction of competitive transmission has had benefits to customers where utilized, but has been much slower and more difficult to implement than anticipated.” – Cheryl A. LaFleur, FERC Chairman 2014-15

“The Commission issued Order No. 2000 on December 20, 1999, almost 20 years ago. RTOs now serve two-thirds of the United States and have delivered the benefit of competition to consumers. As great a success as Order No. 2000 has been to date, the value delivered by RTOs and markets over the next 20 years will be even greater given the demands of electrification and decarbonization.” – Norman C. Bay, FERC Chairman 2015-2017

ACEG Director Rob Gramlich added, “We still have a long way to go on regional transmission. ACEG hopes to work with a broad cross-section of stakeholders in 2020 to develop a proposal to build upon the significant regional transmission expansion progress of Orders 888, 2000, 890, and 1000.”

In the new year, ACEG will also host a webinar on January 21 from 12-1 pm ET featuring former Chairs of FERC to reflect on the role of Order 2000, as well as other rulemakings that were key in the evolution of regionalization such as 890 and 1000. Planned participants include James Hoecker, Pat Wood, Jon Wellinghoff, and Cheryl LaFleur. Rob Gramlich will moderate the webinar.

Americans for a Clean Energy Grid (ACEG) is the only non-profit broad-based public interest advocacy coalition focused on the need to expand, integrate, and modernize the North American high-voltage grid.

ACEG brings together the diverse support for an expanded and modernized grid from business, labor, consumer and environmental groups, and other transmission supporters to support policy which recognizes the benefits of a robust transmission grid. 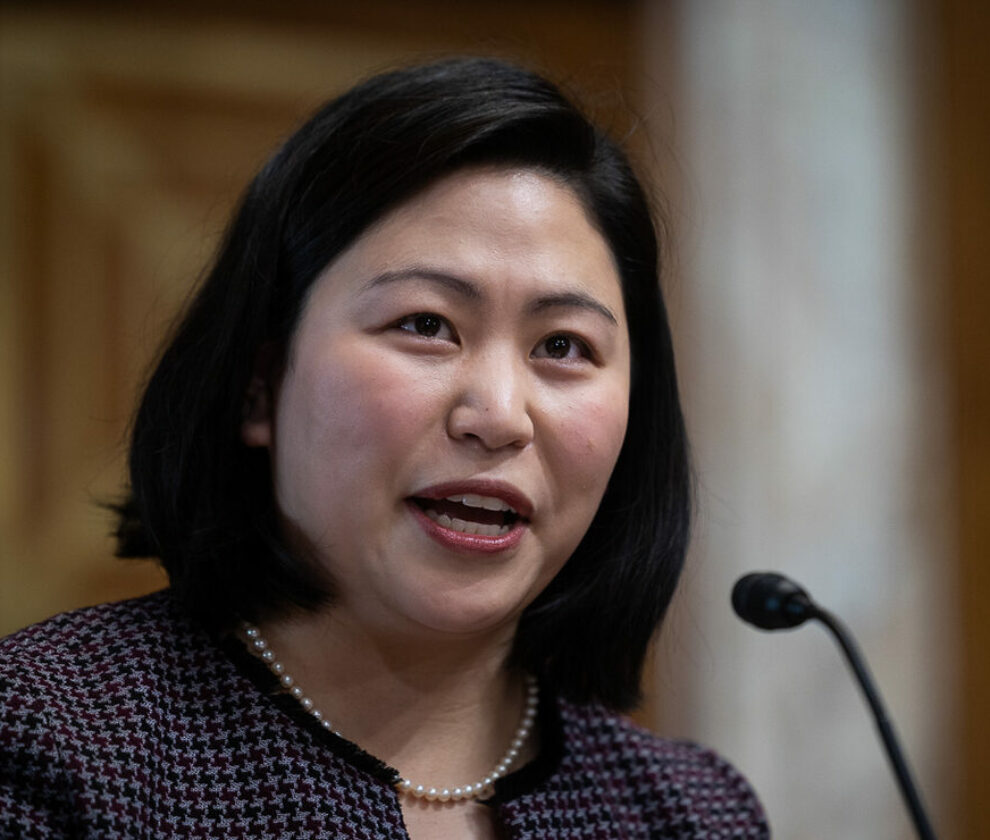 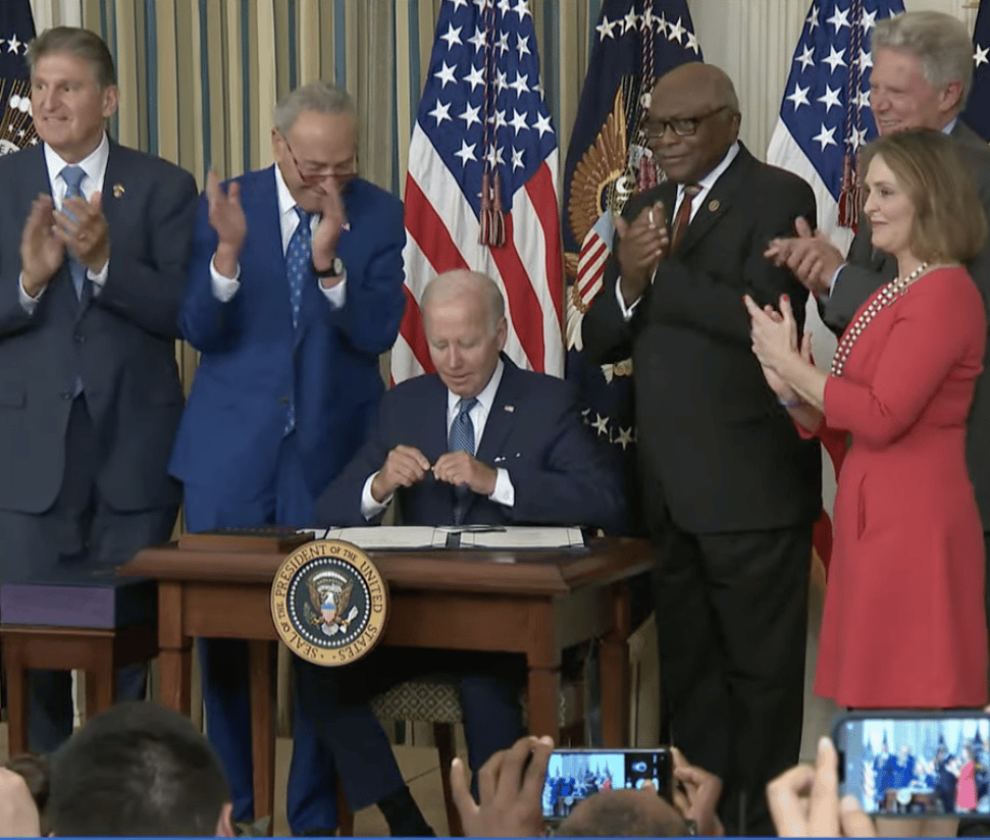 ACEG Applauds the Passage of the Inflation Reduction Act 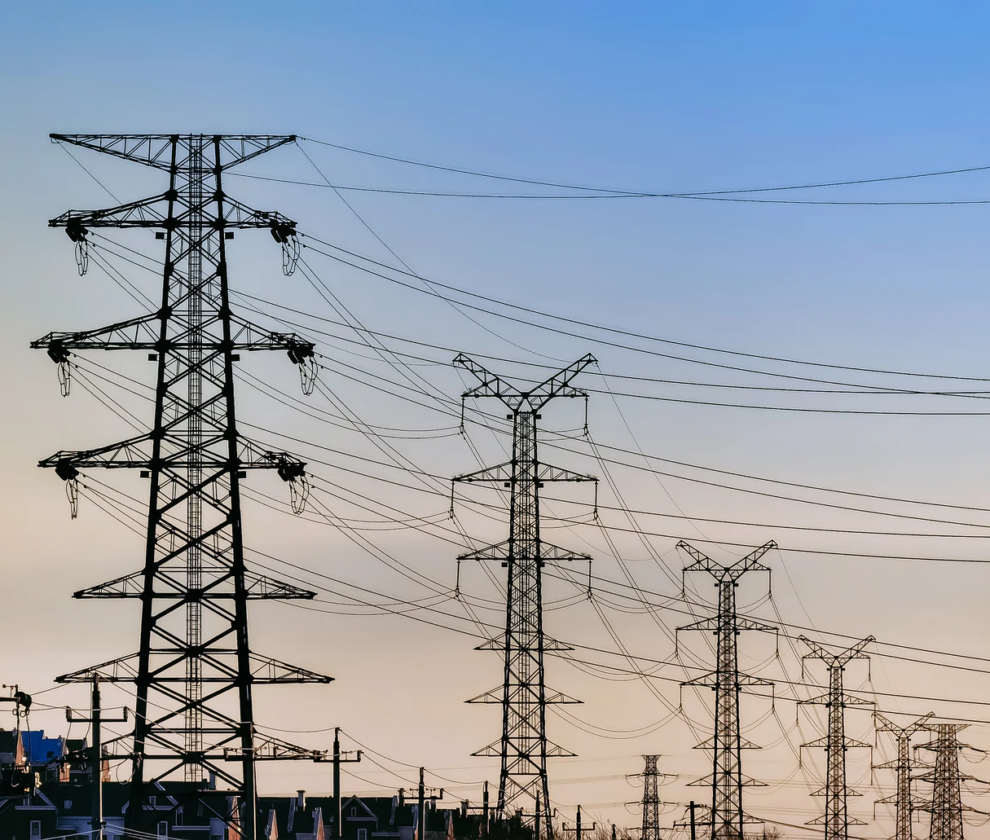