0 Comments
8
276
WASHINGTON — Modest optimism about the Trump administration’s infrastructure plans was tempered with questions about leadership at FERC and other federal agencies at a gathering of transmission developers, RTO officials and environmentalists last week.
The first National Electric Transmission Infrastructure Summit, held Feb. 9-10 by Americans for a Clean Energy Grid, also heard concerns over how to pay for grid modernization in a time of anemic load growth. The organization, an initiative of the Energy Future Coalition, has held regional transmission conferences, but this was its first national event.

“I’d love to have more load growth. It ain’t going to happen,” Craig Glazer, PJM’s vice president for federal government policy, told the gathering.
Weak load growth will make it more complicated to finance upgrades for aging transmission, and the lack of a federal carbon tax or renewable mandate is making it difficult to integrate renewable generation, Glazer said.
Much of the current grid was built during the 1950s, 60s and 70s, with the deployment of coal and nuclear power plants, said ITC Holdings Executive Vice President and COO Jon Jipping. Now that many of those big baseload stations are being retired, much of the new generation — mostly natural gas or renewable energy — is in different locations that require new transmission, Jipping noted.
From the podium and on the sidelines, speakers said that while they like the Trump administration’s pro-growth rhetoric, they are also anxious to see FERC restored to full strength and who will be the key lieutenants to energy secretary nominee Rick Perry.
Speakers also cited concerns over cost allocation, regional planning and the shortcomings of FERC Order 1000.
Wade Smith, senior vice president of grid development for American Electric Power, said his company has made transmission a higher investment priority than generation in recent years as it focuses more on regulated utility operations.
Modernization is needed because much of the AEP grid is 70 years old, and yet it integrates 9,000 MW of wind, Smith said.
While much of the U.S. electric transmission system was built in the mid-20th century, the infrastructure components are inspected every year, said Rudy Wynter, National Grid’s president of FERC-regulated businesses. The grid was built in big chunks and it will largely be rebuilt in large chunks, Wynter said. This includes not only renewable integration but also preparing for more electric vehicles and offshore wind power, he added.

Hoecker and Brown discussed FERC’s inability to gain “backstop” siting authority, saying it’s still very difficult to prevent individual states from blocking a project. The Energy Policy Act of 2015 amended the Federal Power Act to give FERC the authority to site electric transmission lines blocked by states, but court rulings have blocked the commission’s attempts to use it, prompting some in Congress to propose additional legislation strengthening FERC’s authority.
Brown said that Order 1000 hasn’t really helped SPP much with large regional projects.
“We need to decide what we want this grid of the future to look like,” Glazer said. For example, should it be a “localized grid” that can harness distributed generation? he asked. “There’s an added complication; it’s not even clear who is in charge,” Glazer said. FERC, state utility commissions and governors all have a say in siting decisions, he said.
If each governor is asked what infrastructure projects they want, the country will end up with a lot of state-based projects, not interstate ones, Clean Line Energy Partners President Mike Skelly said.
Perhaps the new mantra is “we’re going to make transmission great again,” Skelly said. The power to select infrastructure projects should not be taken away from transmission planners and placed in the hands of Congress, he said.
Skelly and others cautioned the Trump administration not to skimp on project reviews or stakeholder input. The key is that all projects must have “timelines” for regulatory approvals to avoid infinite delays, he said.
The executive director of the AFL-CIO’s Industrial Union Council, Brad Markell, said the labor movement agrees with the need for “hard timelines” to shorten the permit process.
Markell said that labor unions have been in contact with the Trump administration on potential infrastructure efforts.
“From our point of view, more power for the federal government and less power for the states [on electric infrastructure] would be a good thing,” he said.
Others deemed that unlikely. “I think we’re stuck with the system we have,” Glazer said.

Mary Anne Hitt, executive director of the Sierra Club’s Beyond Coal campaign, said that — contrary to what conference participants may have heard — her organization doesn’t oppose all power lines, only those that appear aimed to “prop up fossil fuels.”
The environmental group opposed the abandoned “coal by wire” Potomac-Appalachian Transmission Highline (PATH) project in PJM. On the other hand, it has backed the Plains and Eastern Clean Line Project, designed to move renewable energy from Oklahoma to Tennessee.
Hitt said she was concerned that President Trump’s nominee for EPA administrator, Scott Pruitt, opposed Clean Line in 2015 as Oklahoma attorney general.
Hitt also said the Sierra Club has concerns about the Gateway West project, a proposal by PacifiCorp and Idaho Power to build about 1,000 miles of high-voltage transmission through Wyoming and Idaho. She said PacifiCorp has been slower than some Western utilities in reducing its coal use and slower than the Sierra Club would like in expanding its renewable resources.

When it comes to protecting the grid, Brown said much of the discussion seems to be centered on preventing cyber intrusions. Perhaps the discussion should be less about how to keep cyber intruders out than to minimize the damage and restore order once they disrupt the system, the SPP official said, likening the approach to “insurance.”
But he said winning regulatory approval for equipment such as spare transformers may be difficult.
“I believe we are going to have to spend much more money on spare equipment, and that’s going to be tough to sell,” Brown said. “We are unwilling to spend that kind of money for spare equipment because it is not ‘used and useful.’”

Brown declined to reveal much about the status of the Mountain West Transmission Group’s discussions about joining SPP.
Mountain West, a partnership of seven transmission-owning entities within the Western Interconnection, revealed the discussions in January. It said if the talks with SPP are not successful, it would likely explore joining another RTO. (See Mountain West to Explore Joining SPP.)
In response to a question about whether Mountain West was attracted by SPP’s cost-allocation system, Brown replied, “You’d have to ask them.”
“We’re excited about it,” Brown said of the talks, before cautioning, “Nothing is signed.”

How new transmission can unlock 10 times more renewables for the Eastern U.S. 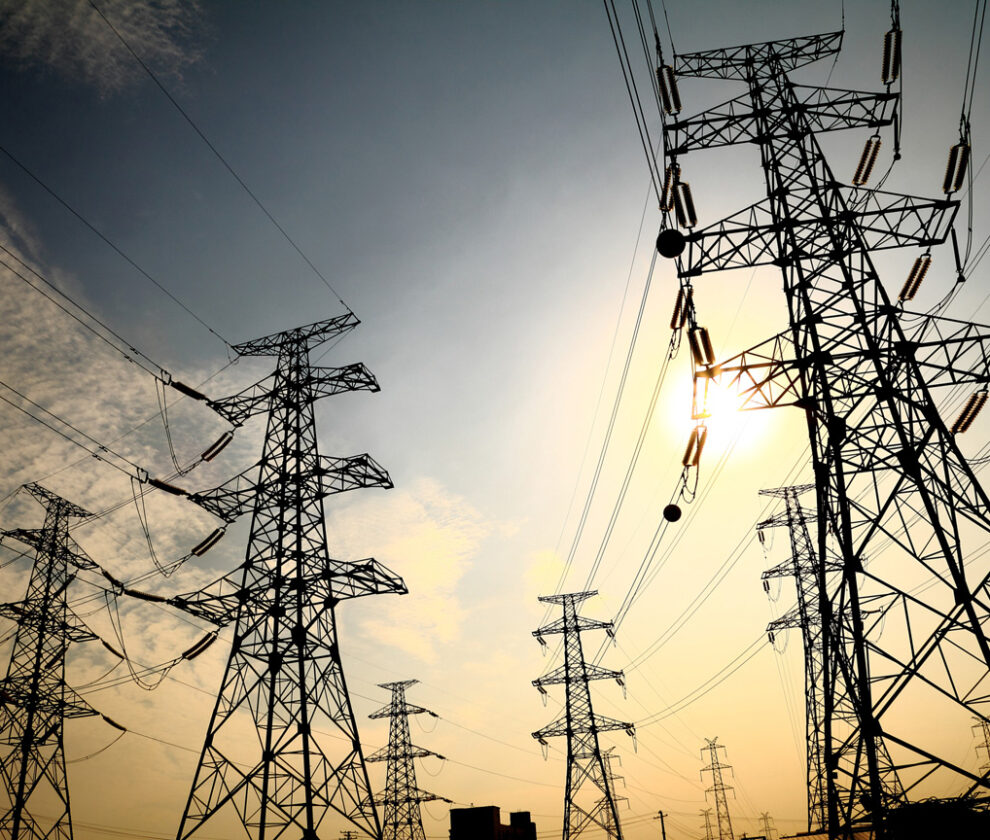 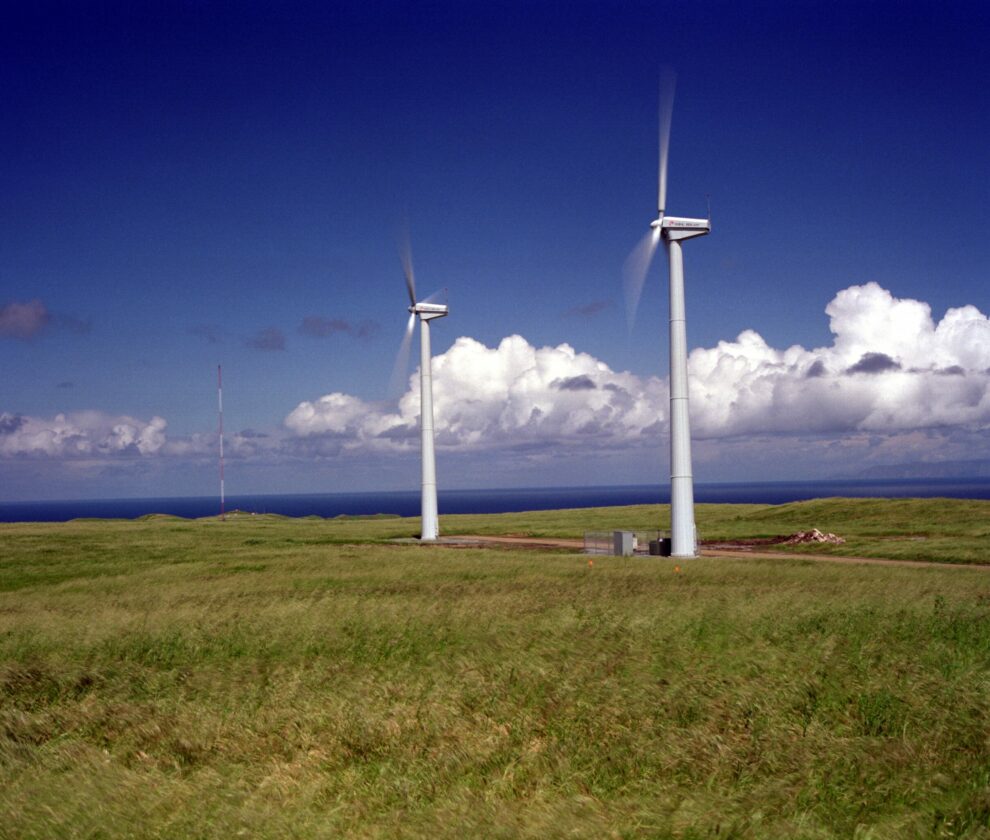 Wind power, booming nationally, grinds to a halt in Wyoming