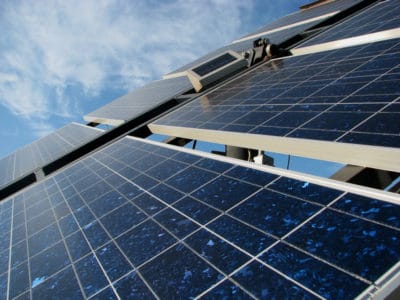 Bill McKibben (“Solar Power for Everyone,” June 29th) is right that cheap solar energy is hopeful news for the climate, but no one should conclude that it will render our integrated electric grid or the utilities that own and operate it obsolete.  Energy efficiency and rooftop solar are essential, but expanding the grid to tap remote but rich wind and solar resources is the fastest and cheapest way to remove carbon from electricity.

Nearly all of America’s solar and wind power is purchased today by utilities from large scale facilities connected to the grid, with good reason: utility-scale solar farms produce electricity at half the cost of small rooftop systems.  Wind economics are only compelling at large scale and with large groups of turbines, not as distributed resources.   Almost every household in America with solar panels – including the Borkowskis – still gets most of its electricity from large regional power grids.

Transmission networks are also much more efficient than batteries at smoothing out the natural variability of wind turbines and solar panels.  Grid engineers now blend wind and solar from sources scattered over thousands of square miles into steady and reliable power.  It turns out that the sun is shining or the wind blowing someplace almost every hour of every day – the key is having a network capable of collecting that energy and delivering to where it’s needed.

The ability of transmission to accelerate renewable energy deployment is a fact supported by a mountain of real world evidence, not speculation about future breakthroughs.  Texas built transmission to develop its immense wind resources and is now home to one fifth of the nation’s wind energy.  Large scale wind and solar facilities connected by California’s Renewable Energy Transmission Initiative are much more important than rooftop solar to achieving the state’s 33% by 2030 renewable energy target.  In both cases, transmission investments are paying for themselves quickly by delivering renewable energy to customers at net savings.  Mark Jacobson at Stanford University recently showed 100 percent renewable energy by 2050 to be technically and economically feasible in all 50 states; more than ninety percent of the energy he would have us call on is grid-connected wind, solar, and hydropower.

We share Mr. McKibben’s optimism that we can provide everyone, everywhere with affordable carbon free energy in time to avert a global climate catastrophe; but only if we use ALL of the resources at our disposal, especially the grid.